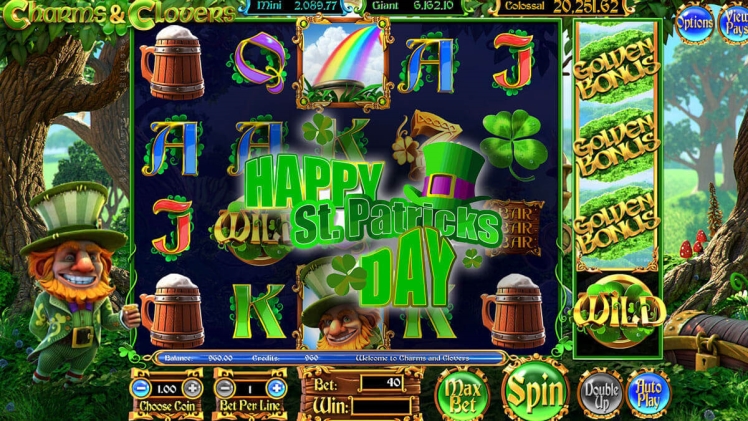 When it comes to online casino games, slots take the first position. The intense and fast-paced action of spinning the reels on an action-packed slot is hard to rival with other pay by mobile slots games.

Also, slots are available in all imaginable themes—from fantasy to films and Irish themes. The Irish theme is one of the most interesting ones you can find. So, get ready to take a deep dive into some of the best Irish-themed casino games.

Leprechaun Goes Wild is a slot by Play’n Go released in 2020. At first glance, it appears like a classic 5×4 slot, but that is not the case. It has two unique features triggered when two clover scatters land on the first, second, and third reels. The first is the Extra Wilds, which awards gamers extra wilds on the reels. The second is the Extra Scatter, which gives you a third scatter, allowing you access to the free spins round. During the free wilds, the Leprechauns are sticky wilds. The maximum win from this slot is 10,000x the bet.

Leprechaun Goes Egypt is another slot by Play’n Go with five reels and 15 paylines. Play’n Go has taken a step further by blending the folklore of the Leprechaun with ancient Egypt history. The two different worlds create a fun game.

The game sees Leprechaun venturing into ancient Egypt, bumping into Cleopatra on his adventure. Gamers can spin the reels and get their hands on what Leprechaun has stashed in his pot of gold and the riches of Cleopatra.

Wild Wild Riches is a Pragmatic Play slot with five reels and 576 paylines. There are special collect symbols that appear at random on reels one and two. When you have two collect symbols on the first reels and pots of gold on the rest of the reels, you collect the content of these pots of gold.

Wild Wild Riches also feature win multipliers that appear at random. To trigger the bonus feature, you must land two collect symbols on the first reel and a bonus symbol on the third. The game has Mini, Major, and Mega jackpots. The maximum win possible is 4,608x the bet.

The Emerald King Rainbow is a slot game by Pragmatic Play. The slot features five reels and 20 paylines. The game gets interesting in the bonus game, where you spin the reels to progress on a board game. The aim is to get to the massive slot machine at the end of the road with a max multiplier of 20,000x your bet. This is the maximum win you can get from playing this slot. There are three other smaller slots on your way on which you can land some more wins.

Clover Riches is a Playson slot that features five reels and 20 paylines. You can double the wins by landing the wilds Leprechaun symbol. The free spins feature is triggered by landing three clovers on the reels. During the free spins, random multipliers appear, which can either be 6x, 4x, or 2x. The maximum win from this slot is 5,000x your bet.

You can play slots with this theme if you want to explore the rich Irish world of inferno guide. These games are immensely rewarding, and you will have so much fun as you chase the pots of gold.